How can we help you today?

1) List the key components in a Hadoop version2 worker node that may be seen if you type “jps” command while a MapReduce job is being processed?
Data Node Without HA

2) List the KEY processes you would see if type “jps” on a Hadoop v2 Master node?
In NameNode Without HA
IN Namenode with HA

3) What are some of the “generations” that a JVM (Java Virtual Machine) heap memory is broken in to?
JVM Generations:
In Java, we don't explicitly allocate and deallocate memory in the code. The GC finds those unreferenced objects and removes them. According to an article by Sangmin Lee[1], the GC was designed by following the two hypotheses below.
Therefore, the memory heap is broken into different segments, Java calls them as generations. 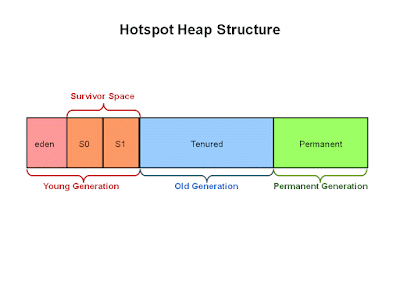 Young Generation: All new objects are allocated in Young Generation. When this area is full, GC removes unreachable objects from it. This is called "minor garbage collection" or "minor GC".

You may notice the Young Generation is divided into a Eden space and two Survivor Spaces. They are used to determine the age of objects and whether to move them to Old Generation.

4) What is a "stop the world" event in Java Garbage collection process?

It means the JVM stops running the application for a GC execution.  During the stop-the-world time, every thread will stop their tasks until the GC thread complete its task.


5) What packets are exchanged during TCP 3-way handshake?
The Three-Way Handshake:
TCP utilizes a number of flags, or 1-bit boolean fields, in its header to control the state of a connection. The three we're most interested in here are:
As we'll see, a packet can have multiple flags set.

Did you find it helpful? Yes No

Send feedback
Sorry we couldn't be helpful. Help us improve this article with your feedback.